It is estimated that nearly 51,000 new jobs are being created in the Northern Nevada Marketplace. With new job growth we welcome new real estate market growth in the area. In the Reno marketplace alone, reports are being released that over 1,000 new home permits where submitted since last July 2014 and new subdivisions requests are pouring into the city.

Channel 2 News ran a nice feature covering the growth in new homes in Reno and how it is adding relief to a marketplace that was lacking inventory for new home buyers.
KTVN Channel 2 – Reno Tahoe News Weather, Video –

We’re told the growing demand for housing comes from an increase in new businesses to accommodate the growing work force.

Last year nearly 6,000 homes were sold in the Reno and Sparks area. More sales are expected this year. President of the Reno-Sparks Realtors Association, Dave Hansen, says most of the growth is happening on the edges of the city. “We’re going in three different directions all at once,” said Hansen. “There’s new developments going on as you go further east in the Sparks area toward Spanish Springs.” 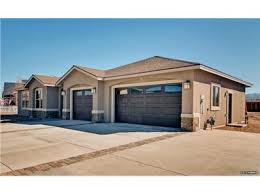 In the Carson Valley we have also seen an increase of home building in various areas including Genoa Golf Course & The Rocky Terrace development in Gardnerville. In Douglas County in the past 2 months alone there have been over 20 new Home Permits pulled at the county office.

If you are interested in New Construction homes in the Carson Valley or Northern Nevada. Give me a call and let’s schedule a time to go look at the new Home Selection. (775) 691-1126

We would love to hear from you! Please fill out this form and we will get in touch with you shortly.